In the coming months, Apple Card users will be able to open the new high-yield Savings account and have their Daily Cash automatically deposited into it — with no fees, no minimum deposits, and no minimum balance requirements.

This is kind of a strange announcement:

Why announce this now when they don’t even know which month it will be available?

Why are they touting the main benefit as being able to earn 2–3% interest on the 2–3% rewards from Apple Card?

Is this a real Goldman Sachs bank account, e.g. that you could write checks from or set up for ACH, or does it only work with the Wallet app?

If you don’t sign up for the featured account, it sounds like you still have to manually transfer Apple Cash to your bank, which is a pain. Unless you do so regularly, so that Apple Cash stays empty, it’s harder to reconcile payments that you receive. When you initiate a withdrawal, it will auto-fill the sum of the payment and whatever Daily Cash you had accumulated. Transferring that means that the amount received on your bank statement won’t match the amount of the payment. To transfer the proper amount, you have to remember and retype the amount of the payment—because you can’t see both on screen at once, and neither the transaction screen nor the transfer screen supports copy/paste.

peelman
reply
Apple trying to become a bank (by hiding a bank behind the curtain) is a bit disturbing.
Seymour, Indiana

The European Parliament today voted overwhelmingly in favor of enforcing USB-C as a common charging port across a wide range of consumer electronic devices, including the iPhone and AirPods, by the end of 2024.

Exemptions will apply for devices that are too small to offer a USB-C port, such as smart watches, health trackers, and some sports equipment, but the legislation is expected to be expanded to other devices over time.

As I’ve said, I wish Apple had come to this decision on its own years ago. There are certainly potential downsides to a legal mandate, and if Apple had truly been worried about them it likely could have forestalled the EU by acting before it was obligated to. Instead, many extra cables and dongles had to be manufactured, we’ve been carrying them around all these years (while getting slower transfers), and Apple’s future product designs may be unnecessarily constrained.

The fun thing about these kinds of rules is you won’t actually see the innovation they kill, because ‘this is illegal unless you submit it to an unpredictable multi-year bureaucratic approval process’ means projects will be abandoned at birth. You can’t see the counter-factual.

Apple could have prevented this years ago by making the move to USB-C and announcing that they would work with other manufacturers via USB-IF to synchronize ports from now on. That would have kept the process in the standards body instead of Brussels.

This is only happening because Apple hasn’t been doing the right thing. Period. This is about a monopolist like position not about technology. I hope after Apple is forced to change the regulations will be removed to allow innovation to continue.

Frankly forcing Apple to make this brain dead change for the planet through regulation is a much lot easier than a monopolistic legal trial. Again, Apple is abusing their market position & this is coming from the guy who made the 30 pin connector happen!

peelman
reply
for the record, i dislike USB-C compared to lightning, physically speaking.

but: holy hell am i tired of lightning and this cabling hell. just change the damned ports already.
Seymour, Indiana

So, what do you do if you’re in a shared library and want to join a different one? There’s a button in the Photos section of Settings to leave a library, so you can do so with one tap, saving all of the photos in the shared library to your personal library or keeping just those you originally contributed to the shared pool.

However, it was clear by this point that it was going to take hours, not minutes, to process 25,000 photos. Still, after only a half hour or so, several thousand photos had already been moved to the new library.

What I like most about the setup process is that it’s not a black box. Instead of flipping a toggle and hoping for the best, the multi-step process explains what will happen simply and thoroughly, building the user’s trust by explaining every option and the consequences of each. That’s critical when it comes to something as precious as your family photos. So, overall, the iCloud Shared Photo Library setup gets two enthusiastic thumbs-up from me. Every team at Apple that’s designing an onboarding process should look to this flow as one of the best on the company’s platforms.

However, in a footnote at the bottom of its iPhone 14 press release, Apple says “iCloud Shared Photo Library will be available in a future software update.” It therefore looks like the new Photos iCloud feature will not make it to the first official version of iOS 16.

peelman
reply
most likely it will be delayed from iOS until the macOS piece is ready.
Seymour, Indiana

1 Comment
USB4 Version 2.0 is in the works and when launched, it will allow for double the speeds of the current USB4 specification with existing USB-C cables. It will support up to 80Gb/s operation with both 40Gb/s USB-C passive cables and newly defined 80Gb/s active cables. 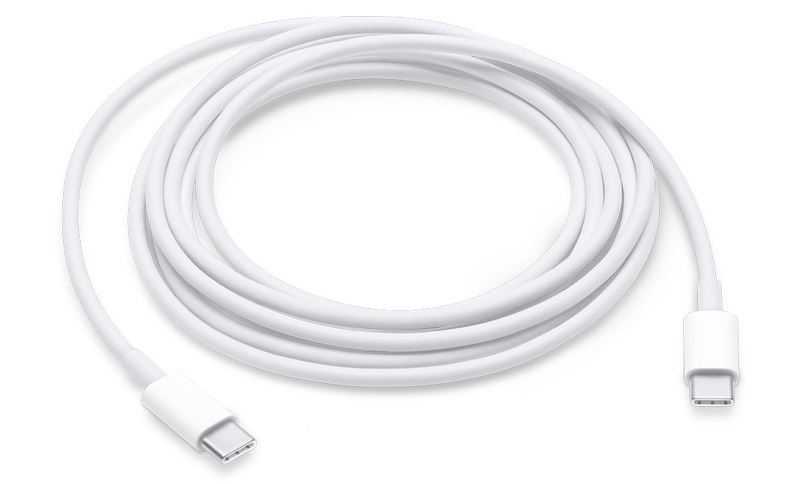 The updated specification was announced today by the USB Promoter Group, comprising Apple, Microsoft, Intel, HP, STM, and others. USB Type-C and USB Power Delivery specifications will be updated to enable the higher level of data performance, and updates are being made to enable higher performance USB 3.2, DisplayPort, and PCIe data tunneling to better take advantage of the bandwidth improvement.

As outlined in the announcement, the updated USB4 specification will include the following:

The USB Promoter Group says that the updated specifications are expected to be published ahead of the USB DevDays developer events that are planned for November. The update is targeting developers at this time, with branding and marketing guidelines to be updated at a future date to include USB 80Gb/s for identifying certified products and cables.
Tag: USB-C
This article, "USB4 Version 2.0 to Offer 80Gb/s Transfer Speeds" first appeared on MacRumors.com

Discuss this article in our forums

like seriously. they just be trollin’ now, right?
Seymour, Indiana

Ryobi has come out with 3 new fast chargers for their 18V One+ cordless power tool system.

Each of the new chargers features a 4A charging rate, which Ryobi says doubles the speed of their standard 18V One+ charger.

The chargers can recharge a Ryobi 18V High Performance 2Ah battery in less than 30 minutes.

The dual-port charger is a simultaneous charger that can recharge (2) Ryobi 18V One+ batteries at the same time.

The new 6-port (sequential) charger is said to be 30% faster than Ryobi’s P135 charger.

All of the chargers are described as being wall-mountable, and they can of course also be used on a benchtop or other flat surface.

The 6-port charger also features a carrying handle and USB-A charging port with 2A max output.

The new chargers are expected to launch in October, 2022.

Higher performance battery chargers? Sounds good. Not everyone is going to want to upgrade to a faster Ryobi charger, but it’s great to have the option.

Is this their first dual-port charger? It’s also a simultaneous charger, and at a considerably lower price point than having to buy two of the single battery chargers.

The 6-port charger is an upgrade over Ryobi’s existing 6-port Supercharger, which launched 6 years ago.

In my opinion, the simultaneous dual-port charger is the star of the show here, but the single and 6-port chargers are also welcome additions to Ryobi’s 18V system.

peelman
reply
of course. i got a supercharger for christmas 2021. makes sense the updated one came out in 2022. you’re welcome world.
Seymour, Indiana